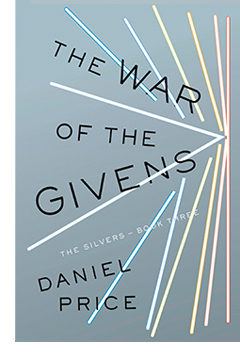 At long last, the final book of the Silvers trilogy. This is another behemoth of a novel, which is one of the many reasons why it’s been taking so long.

You can pre-order it now at the usual places: Amazon, Barnes & Noble, Books A Million, Google, iBooks, Kobo. Not for nothing, but pre-orders are good for us poor, struggling authors. The more we get, the more retailers pay attention to us. They also count toward first-week sales, which is a huge but silly metric for publishers.

For a non-spoliery mini-FAQ about The War of the Givens, go to the brand new info page. I’ll be updating this website with recap guides for those who want to brush up on the first two books without rereading them.
.

The Song of the Orphans 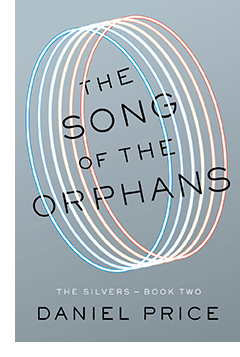 The second book of the Silvers trilogy, which Kirkus Reviews called one of the best sci-fi books of 2017.

If it’s been a while since you read The Flight of the Silvers, and you don’t know your aeris from a hole in the ground, don’t worry. I’ve created some helpful recap materials of the first book, including a badly-iillustrated plot summary, a character guide, and an Altamerican glossary.

For those of you who already read the book and have burning questions about it, the Song of the Orphans reader’s FAQ is now officially live.

For more general information about this big fat beast of a sequel, go to the info page.
.

The Flight of the Silvers 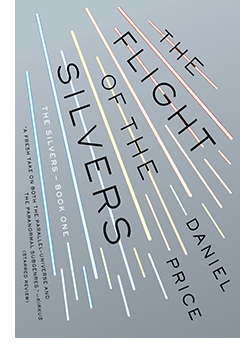 The first book in the Silvers series. Two sisters and four strangers, plucked from their world at the cusp of apocalypse and transported to an Earth they barely recognize. An unprecedented tragedy in 1912 has set history on a different path. Restaurants float through the air like flying saucers, while common household appliances bend the fabric of time. Afflicted with temporal powers they never wanted, and hunted by enemies they never knew they had, the six otherworldly refugees are forced to work together to stay alive. Their only hope: to cross a radically-changed United States and find the one man who can help them. 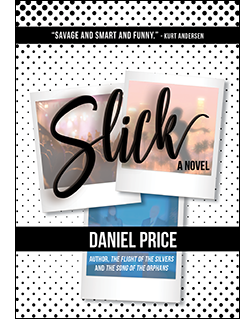 My debut novel, a comedic tale of lies, tricks, and public relations in the pre-social media age. There isn’t a shred of science fiction to be found in this book, but if you like stories about shrewd young publicists and out-of-control media hoaxes, then this one’s for you.

Slick was originally published by Random House/Villard in 2005, but I got the rights back and now I’m releasing it independently through Amazon.

To learn everything you need to know about Slick, go to the info page. If you’ve already read the novel and want to know more, visit the Slick Reader’s FAQ.

September 17 – The War of the Givens has gone through two editing phases with Dutton, and is now more polished than ever. We’re coming to the point real soon where we’ll have a complete and finalized draft of the novel.

Sadly, due to the sheer size of the book (still longer than Song of the Orphans by many thousands of words), the production time has been expanded, which has caused yet another bump on the release date. It’s now scheduled to come out on February 13, 2024.

I’m praying that this will the last of the postponements, but you never know in the crazy world of publishing. All I can tell you is that the book will come out, and it will be a fitting end of the long journey of the Silvers. 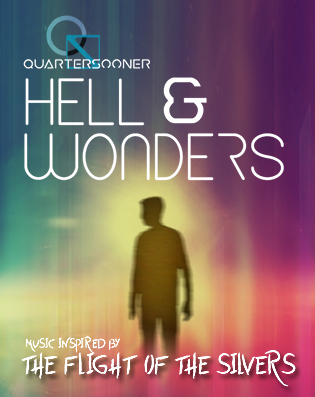