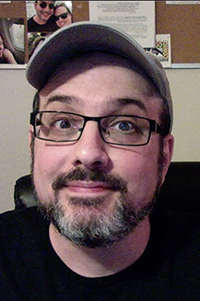 I had a more traditional bio on my last website, but it was getting kind of stale after three and a half years. So instead of doing more of the same, here are eighteen random facts about me:

For more information about me, go to the Articles & Interviews page. Those who are curious about my writing habits and history can check out my FAQ.